Watch Out For Diploma Mills and Accreditation Mills

Written by Karen B

Researching course providers and accreditors takes a lot of time, but keep in mind the sorrow you will spare yourself by avoiding poor quality programs, or even downright scams. Be wary of TEFL courses that sound too easy or quick to be true. A school selling cheap programs may be nothing better than a diploma mill.

What is a diploma mill?

A diploma mill sells academic credentials without requiring much coursework (sometimes none) and without being accredited by a recognized agency. Sometimes also called a “degree mill”, one legal definition of “diploma mill” comes from the US Higher Education Opportunity Act of 2008, which you can read at govinfo.gov.

The US Department of Education also shares this simpler dictionary definition from Webster’s: “An institution of higher education operating without supervision of a state or professional agency and granting diplomas which are either fraudulent or because of the lack of proper standards worthless.”

How big is the issue? Actually, it’s enormous. The problem of fake credentials reaches well past teaching credentials all the way to the doctorate level in every subject area, including medicine and engineering. Allen Ezell and John Bear discuss the magnitude of the issue in their book Degree Mills: The Billion Dollar Industry That Has Sold Over a Million Fake Diplomas.

Although they don’t discuss TEFL certificate programs specifically, the book explains many of the methods that fraudulent schools use to prey on customers, make loads of money, and get away with selling worthless documents. Once you know what to look for, you can spot the same mechanisms at work in the TEFL industry.

Many popular press articles fail to point out that there is such a thing as fake or worthless accreditation.

Ezell and Bear’s book provides a useful 92-item checklist of ways fake schools mislead people. Topping the list of “deceptive tactics” are claims related to accreditation. Falsely advertising one’s school as accredited when it is not is one method of fooling consumers. A craftier method involves using fake organizations to “accredit” schools.

Many dubious organizations set up their own accreditation agencies along with their own credential verification services for good measure. In the 2012 edition of their book, Ezell and Bear claim to have found over 200 “unrecognized accreditors” and suggest that false accreditation claims “may be the most popular way which degree mills pretend to be legitimate.” They lament, “Unfortunately, many popular press articles on choosing schools mention the importance of accreditation but fail to point out that there is such a thing as fake or worthless accreditation.” 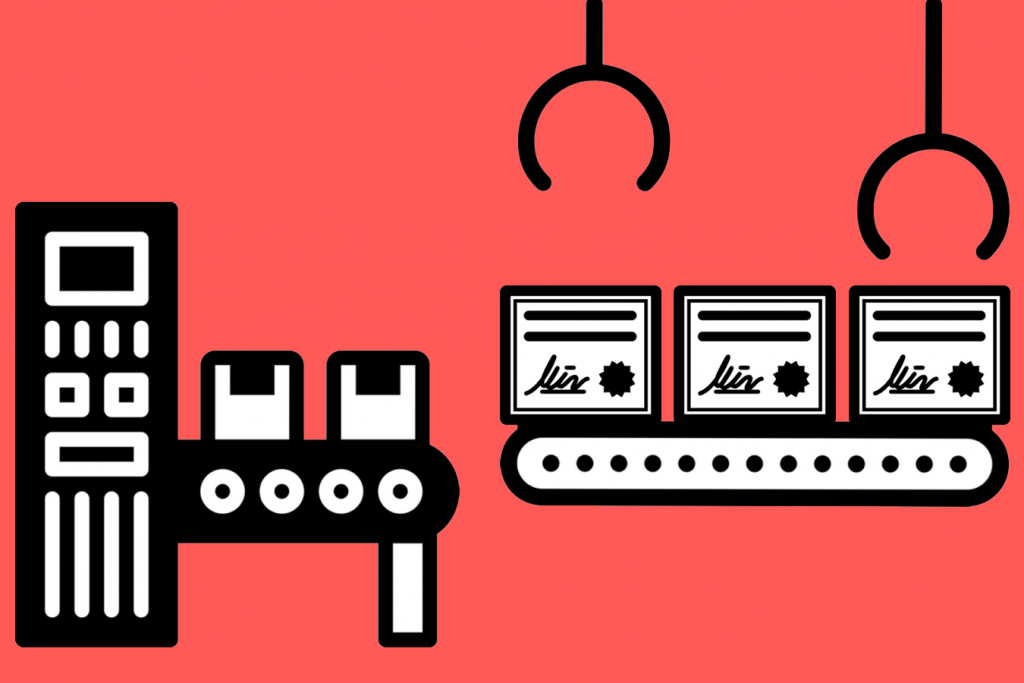 What is an accreditation mill?

Many of these so-called accreditors are actually creations of the degree mills themselves.

The US Department of Education cautions that bogus accrediting agencies cannot make any true claims about the quality of a school because these agencies do not review the schools, programs, or teachers in any meaningful way. Often they have “simply conducted a business deal with an institution without investigating the institution in any manner.” The DoE also warns that in some states it is illegal to use a degree from a school which is not nationally accredited.

False credentials in the news

Although the problem has persisted for centuries, only a few stories about diploma mills make headlines (usually when someone gets prosecuted). About 10 years ago, the downfall of Saint Regis University made the news. More recently, the Pakistan-based company Axact rekindled interest in fake credentials when the New York Times reported the fraud in depth. Periodically, diligent journalists will call out individual public figures using fake credentials, such as this mayor in Florida or this police officer in Oklahoma.

Read more about how scammers operate:

In 2017, the US Federal Trade Commission settled in court with two companies operating online high schools which “falsely claimed to be accredited schools but actually were little more than diploma mills that sold worthless pieces of paper.” Both companies that sold the fake high school diplomas used an enormous number of alternate names and web addresses. The Better Business Bureau lists those business names here and here. Similarly, the New York Times published a long, long list of fake schools and accreditors affiliated with Axact.

What are some other signs that an accreditation agency is not legitimate?

How to spot dubious schools and accreditors

“It is common for degree mills to advertise they are accredited, but many of these so-called accreditors are actually creations of the degree mills themselves. One way they attempt to gain credibility is by including the names of the bogus agencies in lists of legitimate accrediting organizations. They also often include language that legitimate agencies use to describe their function to the public.”

On how these agencies trick consumers, the US Department of Education explains:

To protect the public from unaccredited institutions, several organizations have created lists of warning signs. Unfortunately, some of these red flags are not easy to spot without doing a fair amount of background research. The list below, pulled from a variety of sources, is not exhaustive.

Warning signs that a school or accreditor may be a mill:

Sources: Ministry of Education, Netherlands, the European Quality Assurance Register for Higher Education, a CHEA-UNESCO joint document, and the US Department of Education.

How to protect yourself from the fakes

Most of the sources below deal with colleges and universities, not specifically with course providers for short term programs such as TEFL / TESOL. However, some TEFL course providers claim recognition by universities and you should always verify those claims. By familiarizing yourself with how scammers operate you will be better equipped to detect a fraud. Learn which accrediting agencies are reputable and how legitimate organizations demonstrate transparency, accountability, and professionalism. Expect no less from smaller organizations in the TEFL industry. 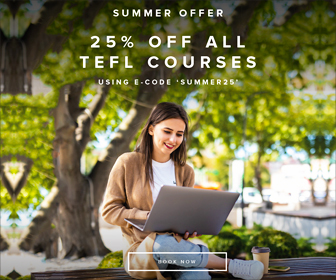 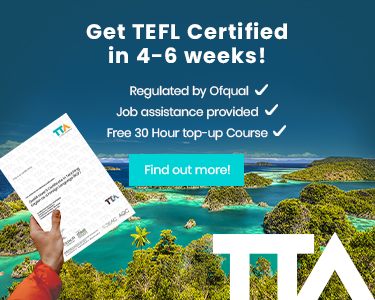